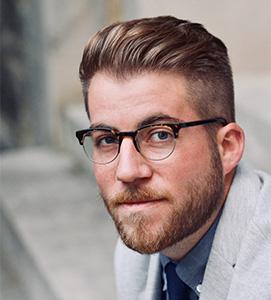 My dissertation, titled “Breaking the Spiritual Bondage of Whiteness: Race and Social Christianity in Progressive Era Chicago,” attempts to recast the history of social Christianity in America by focusing on themes and questions of race within and surrounding the social gospel during its heyday in the urban North. I argue that social Christianity was shaped—and ultimately broken—by slavery’s long shadow, and more specifically by what I call “the spiritual bondage of whiteness,” that is, the conflation of whiteness with godliness that has time and again been recreated throughout American history, affording privilege, power, and profit, religious and otherwise, to those free of its shackles, while excluding, demeaning, and oppressing to varying degrees those bound by them. For the most part, though with some notable exceptions, Chicago’s white social gospelers failed in addressing and acting to solve the social ills related to the spiritual bondage of whiteness and, worse, they most often contributed to strengthening its bonds. The task of breaking the spiritual bondage of whiteness fell to the city’s black social gospelers, aided by some white allies, who harnessed social gospel thought and institutions to fight racism and racial inequality. This rift in social Christianity resulted in the formation of two distinct social gospels in Chicago by the eve of the Great Migration.

Participation in the Marty Junior Fellows program will provide a helpful framework for the writing and revision of at least two chapters of the dissertation during the upcoming academic year. The first of these is a chapter I am currently drafting, which interrogates the intersection of race, gender, and social Christianity in the lives, writing, social work, and activism of several African American women in Chicago who helped develop a distinct black social gospel in the city. The chapter focuses in particular on Ida B. Wells-Barnett, who I argue was a principal figure in the development of the black social gospel, but it is also opens out to include other lesser-known women, such as Fannie Barrier Williams. The other chapter focuses on race and the 1893 World’s Parliament of Religions (and the larger World's Columbian Exposition of which it was a part). The chapter understands the Parliament—including the institutions and commentary that emerged out of it—as a signature moment in the religio-racial projects of Chicago’s social gospels.