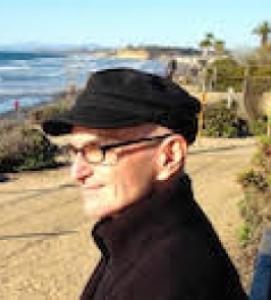 Eric L. Santner is the Philip and Ida Romberg Distinguished Service Professor in Modern Germanic Studies at the University of Chicago. He came to Chicago in 1996 after twelve years of teaching at Princeton University. He has been a visiting fellow at various institutions, including Dartmouth, Washington University, Cornell, and the University of Konstanz. He works at the intersection of literature, philosophy, psychoanalysis, political theory, and religious thought. His books include: Friedrich Hölderlin: Narrative Vigilance and the Poetic Imagination; Stranded Objects: Mourning, Memory, and Film in Postwar Germany; My Own Private Germany: Daniel Paul Schreber's Secret History of Modernity; On the Psychotheology of Everyday Life: Reflections on Freud and Rosenzweig; On Creaturely Life: Rilke, Benjamin, Sebald; The Neighbor: Three Inquiries in Political Theology (with Slavoj Zizek and Kenneth Reinhard); The Royal Remains: The People’s Two Bodies and the Endgames of Sovereignty; Untying Things Together: Philosophy, Literature, and a Life in Theory. He edited the German Library Series volume of works by Friedrich Hölderlin and co-edited with Moishe Postone, Catastrophe and Meaning: The Holocaust and the Twentieth Century. His work has been translated into German, Spanish, French, Korean, Hebrew, Polish, Italian, and Portuguese. Eric Santner delivered the Tanner Lectures in Human Values at UC Berkeley in the spring of 2014; they appeared in 2015 with Oxford University Press under the title, The Weight of All Flesh: On the Subject-Matter of Political Theology.  Read more on Professor Santner's homepage in the Department of Germanic Studies.