The Theology of Nature and the Nature of Theology 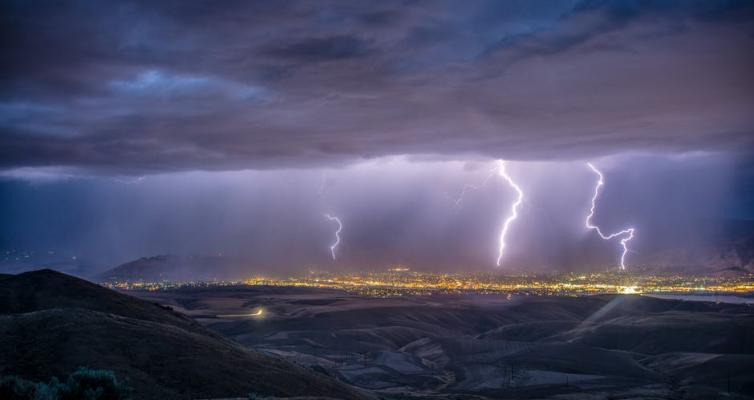 The 2022 Brauer Seminar, entitled "The Theology of Nature and the Nature of Theology," will be concluded with a conference to be held March 30-31, 2022.

On Wednesday Prof. Otten will deliver her inaugural lecture as the Dorothy Grant Maclear Professor.

All sessions will be held in Swift Hall's Lecture Hall, 3rd floor.

2:00pm-3:15pm
Wesley Wildman:  Prospects for a Naturalist, Critically Humanist, and Mystical Transreligious Understanding of Ultimate Reality
Professor of Theology, Philosophy, and Ethics at Boston University School of Theology and founding member of BU’s new faculty on Computing and Data Sciences

3:30pm-4:45pm
Karmen MacKendrick: Out of Bounds: Collection, Division, Creation
Professor of Philosophy at LeMoyne College and author of Material Mystery. The Flesh of the World in Three Mythic Bodies (Fordham, 2021)

5:00pm-6:15pm
Willemien Otten, the Dorothy Grant Maclear Professor of History of Christianity and Theology and co-faculty director of the Martin Marty Center for the Public Understanding of Religion, will deliver the inaugural Dorothy Grant Maclear Lecture, entitled "Double or Nothing: Creation and Gender in Eriugena, Hildegard, and Hadewijch"

5:00pm-6:15pm
Jean-Luc Marion: Karl Barth on the Being of the World Before God
Andrew Thomas Greeley and Grace McNichols Greeley Professor of Catholic Studies and Professor of the Philosophy of Religions and Theology

Many theologians take account of the so-called “book of nature” when seeking to assess the plausibility of theological perspectives for which they advocate. Indeed, such nature- and science-grounded plausibility assessments are a major theme within the theology-and-science literature. This essay aims to perform such an assessment for one of the profound perspectives emerging from the transreligious theology movement (that is, theology for anyone interested, regardless of confessional orientation or religious commitment, also known as Theology Without Walls). This particular perspective within transreligious theology is naturalist in metaphysics, critically humanist in ethics, and mystical in theology. This type of philosophical theology rejects concepts of divine beings (and thus is straightforwardly atheist at that level), affirms the God-Beyond-God of many mystical traditions (and thus is peculiarly theist as well, demonstrating the inadequacy of the atheist-theist contrast for capturing some viewpoints), acknowledges that such a view cannot determine the details of an ethics sufficient for daily life (because the God Beyond God ontologically grounds all valuational possibilities and has no moral opinions), and asserts a social-critical enlightened humanism as a compatible ethical framework. One version of this view is specifically Christian, centralizing the following of Jesus as a rubric to refine the moral and spiritual orientation to daily decisions. Another version is specifically Buddhist, adhering to naturalized versions of the Four Noble Truths, the Eight-Fold Noble Path, and the Buddha’s teachings. Yet another version is specifically Confucian, rooted in naturalized readings of the Chinese Classics. Still one other version arises within humanist-atheist spirituality and is embraced by people rejecting religious traditions as a serious threat to ecological and human survival in the Anthropocene. Despite their differences in detail, these (and other) variants share the naturalist, critically humanist, and mystical transreligious understanding of ultimate reality, as well as a high appreciation for consonance with our best understandings of the world from the human and natural sciences. This essay mounts a case on behalf of this kind of worldview by means of a preliminary comparative evaluation of its plausibility relative to both agential-being models of ultimate reality (e.g. classical supernatural theism) and subordinate-deity models of ultimate reality (e.g. process theism).

There are surprisingly many ways to get past the traditional, rigid, and everlasting boundary that separates an infinite divine creator from limited mundane creation. This paper explores some of these ways, with a focus on not merely crossing or even dissolving the boundary but rethinking what boundedness can mean in creation theology. The possibilities form a wide-ranging group, from mystic union to Valentinian cosmology to Thomist resurrection, and more.  Each rethinking offers an epiphanic shift in perspective, revealing immanent infinity in the everyday.

Willemien Otten  "Double or Nothing: Creation and Gender in Eriugena, Hildegard, and Hadewijch"

The creation of humanity in Christianity is marked by a certain doubling: created in God’s image, the human being is created as male and female. Whereas in early Christianity (Gregory of Nyssa), this occasioned speculation about an antecedent humanity that was undivided, the Middle Ages, following Augustine, accommodate this biblical doubling, with Eriugena (ca. 810-877) putting his own twist on it.  The appearance of women writers in the twelfth century presents us with another, more uncomfortable doubling. How can women’s subservient status be negotiated such that women authors rise above it? The tension is no longer primarily that of male and female but of self and image of self on the one hand, and given their authorship of mystical texts, of self and God on the other. Hadewijch (mid 13th cent.) desires to teach and to secure a direct union with Christ for herself. Her stance has become reflected in the view of women’s mysticism as a liberative impulse, inviting the aspirational, transgressive, or queered self of the beguines. In comparison, the earlier Hildegard of Bingen (1098-1179) doubles down rather than overcomes division. In her starkly traditional exegetical visions her selfhood remains deeply buried beneath her monastic persona as submissive to both the divine and the social order. Yet a question about the status of her visions remains: does Hildegard interpret the biblical creation story or is she taking us on a cosmological detour of her own to perform, and conceal, what is essentially a case of authorial self-creation.

Over the last several decades there has been renewed interest in ethical naturalism among philosophers and theologians: Neo-Aristotelians of various sorts, theocentricism in theological ethics, and some environmental philosophy and theology, to name a few. Ethical naturalists generally hold that moral concepts, properties, and terms are to be understood in terms of claims about the natural world and especially facts pertaining to human beings and human societies. Ethical naturalism is usually contrasted with ethical non-naturalism, that is the denial that moral properties can be reduced to "natural" properties and thus have ontological status of their own, say, the Command of God, grasped by intuition, and moral sense theory, again, to name a few. The debate between these positions is found throughout the history of Western moral thought. Yet debates that are so longstanding and seemingly irresolvable should raise suspicion that something is amiss in the debate itself. This especially true in ethics insofar as its focus is on the conduct of actual life where problems are not merely academic. This essay expresses that suspicion and seeks an answer not in a simple tertium quid, the reduction to or defeat of one position by the other, or the turn to the analysis of the use of moral language. Drawing on various thinkers (St. Paul, Augustine, Kant, Ricoeur) I intend to address the question "how natural is goodness?" from the perspective of thinking philosophically and theologically about moral evil. In order to address the fact and prevalence of moral evil requires, I contend, an account of goodness as both natural and non-natural within a perspective that is at once theological and humanistic. The essay concludes by briefly addressing contemporary worries about various endangerments to the natural world and to human beings that must be answered, I contend, from within the offered account of goodness.

In this paper I propose to discuss the Eucharist of nature and the nature of the Eucharist. To that purpose I turn to Henri de Lubac’s famous Corpus mysticum (1944) which describes the transition of the mystical body in the Eucharist to the body politic of the Church—a transition whose political afterlife has been traced by Ernst Kantorowicz in his The King’s Two Bodies. In order to get a better grip of the problem I turn to de Lubac’s view of nature and supra-nature that underlies the life of the Eucharist. By refining the (then) dominant, Thomistic concept of nature, De Lubac relocates the Eucharist to its old position as the mystical body of Christ without, however, fully succeeding in squaring the circle of Church authority and creative thinking.

Jean-Luc Marion: "Karl Barth on the Being of the World Before God"

A close reading of Karl Barth’s Letter to the Romans (1st edition) may help us identify the real breakthrough of this theologian – a breakthrough whose implications for philosophy have yet to be noted. Barth’s breakthrough has less to do with his rejection of the analogia entis in the Church Dogmatics (this critique is not as precise and pertinent as often imagined) than with the way in which he replaces the question of being, and the claim that this is the first question, with a new starting point in the event of God’s revelation in Christ. This revelatory event must ground all thinking, including thinking on being. The present contribution seeks to show how Barth effects this reversal.

This conference is cosponsored by the Lumen Christi Institute.