Prospective students – meet representatives
from the Divinity School during AAR!

Sign up in advance for our Virtual Visit Day on December 3.
We will be hosting a 10am and a 1pm session.

12PM: Beyond Stereotypes: Understanding What it Means to Be Spiritual in the United States (M1-201)

A newly published survey on spirituality helps bring nuance to our understanding of what it means to be spiritual, while also providing a new data set for researchers to pursue. This session will discuss the data, which includes online and telephone surveys of more than 3,000 people, 16 focus groups, 25 in-depth interviews, and dozens of visual data (drawings)—all available for additional analysis. The survey points to the importance of spirituality, in addition to religion, as motivating civic engagement. It also shows that most people view spirituality as a positive attribute. This new data brings nuance to the categories that researchers use to sort people based on self-identified spirituality and religion. Although some people truly are “spiritual but not religious” this research shows that some deeply religious people identify as deeply spiritual, too. The survey was conducted by NORC, based on insights from the qualitative stage conducted by Hattaway Communications. It was funded by the Fetzer Institute.

On Willemien Otten's "Thinking Nature and the Nature of Thinking: From Eriugena to Emerson" (Stanford University Press, 2020) 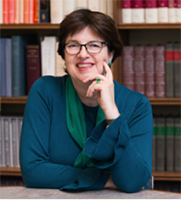 This panel focuses on Mysticism and Ecology by means of a discussion of the recent study by Willemien Otten, Thinking Nature and the Nature of Thinking. From Eriugena to Emerson (Stanford: Stanford University Press, 2020). Insisting that the premodern tradition on nature should not be cut off from the modern and postmodern tradition, Otten does not proceed through (the application of) theory but initiates instead a conversation on “thinking nature” between Eriugena and Emerson, grouping other premodern and modern authors around them. In terms of Mysticism and Ecology the project of “thinking nature” thus becomes a prudent way to channel the theme of mysticism into that of canon formation with regard to nature’s role in the religious tradition. Addressing not only “thinking nature” but also its discursive effects in what she calls “the nature of thinking,” the book poignantly raises the question what authors should be part of the canon on creation while laying painfully bare who has been sidelined on dubious grounds, for example, by being accused of pantheism.

Even in a post-post-modern academic atmosphere, there is still a tendency toward critical analysis. If not reducing phenomena to a context, or distilling a hidden essence, there is still an impulse to extract and discard the apparently simple which is presumed chaff, and rationalize and make coherent complexities which are taken to inherently be crucial and core. Whether explaining an element away, or explaining a phenomenon to be essential, there tends to be an aversion to directness, to considering the possibility that what is said is what is meant, that the apparently inchoate might serve a purpose other than puzzle or test. Papers will identify and take seriously earnestness to literary criticism, theory of translation, ritual injunction and representation, and lived religion. Together, this panel will demonstrate the ways in which earnest attitudes, earnest characters, earnest injunction, and earnest engagement can expose otherwise overlooked elements of text, translation, discourse, and practice that reside between explanations which tend to be exclusionary authoritative, or reductive, and often both. 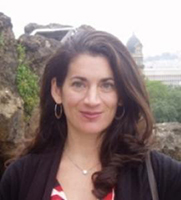 In conversation with David Newheiser’s book, Hope in a Secular Age (Cambridge, 2020), this panel will explore themes of religion, politics, and secularity in conversation with continental philosophy and Christian thought. Newheiser’s book draws on deconstruction and negative theology in order to address the possibilities of faith – religious, political, and otherwise – that emerge through the persistence of hope. A diverse group of panelists will use the book as a point of departure in order to address the larger issues it raises: the character of hope, the politics of negativity, the legitimation of political and religious conviction, and the relation between Christian and secular forms of life.

10:00 AM-11:30 AM: Paul J. Achtemeier Award for New Testament Scholarship (at the concurrent Society for Biblical Literature conference)

11:00 AM-1:00 PM: Bioethics and Religion Unit and Ethics Unit | Theme: The Plague of Darkness: Ethics, Justice, and Faith in the COVID -19 Pandemic 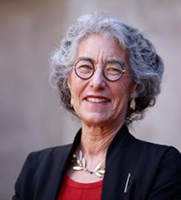 COVID-19 emerged from the center of industrialized China in the late winter of 2020 from under the cover of censorship and consistent public denial. While Americans watched, China finally mounted a massive public health trial, unprecedented in the modern era, of a cordon sanitaire around nearly half of the county. It did not work to contain the epidemic, which as of the submission deadline, has just begun community spread in Europe, the Middle East, and the United States. The epidemic raises questions of justice that scholars have been debating for decade into the center of the epidemic. The closing of hospitals has left only 62,000 ICU beds with ventilators available for 300 million people; the bulk of citizens do not have sick days, coverage for tests; the ability to stay home from hourly jobs; to stock up on products in large amounts, or have the spare bathroom that CDC in its imaginary, recommends. Our culture is based on the capacity of the poorest to care for the elderly, to cook and serve, yet it is these people who are most vulnerable. The epidemic displays the tension between social isolation and community and raises complex questions for scholars of religion.

11AM-1AM Religion, Media, and Culture Unit: Machines that Surveil and Enchant (A8-116);

The last half century has seen a proliferation in ways of thinking about surveillance and society, even if few theorists have examined the impact of surveillance on religion. Beginning in the 1970s, a number of thinkers, including Foucault, drew attention to panoptical architectures, surveillance and the modern disciplinary society, arguing that these structures of power enabled prison wardens, school and hospital administrators, and factory supervisors to watch, classify, order and discipline people. Since then, attention has turned to electronic and digital devices and the ways that these devices are used by corporations to surveil, monitor and collect data, something Shoshona Zuboff has called “surveillance capitalism.” This roundtable opens up a conversation about the different ways that surveillance impacts religious groups. It shows not just that electronic surveillance monitors and disciplines religions, but that it is creatively redeployed by religious people to resist corporate control and that it is sometimes embraced as an enchanted technology that sees invisible spaces and spectral presences.

This panel takes a distinctly ethnographic approach to four contemporary articulations of Islamic political theology, each of which discloses the present as a time of tribulation (fitna, ibtila). But far from offering a theological answer to a political problem (the infamous thesis of Sunni quietism, the figure of tribulation instead opens onto a range of political styles. Their terms are not static, of course; what our interlocutors mean by describing the present as a time of divine tribulation varies widely. Yet its substance in each case is not merely a polemical function of their respective politics, nor does it simply reflect a theological doctrine. It draws in the topics of theodicy and ambivalence, rebellion and sovereignty, hope and despair, while critically reprising the theologico-political inheritances of contemporary Islam. Informed by theological traditions and in conversation with recent critical-theoretical debates, the papers assembled here explore the ethical and political relations configuring four sites of Muslim struggle. In doing so, this panel stages a methodological conversation between the discipline of anthropology and the field of political theology. 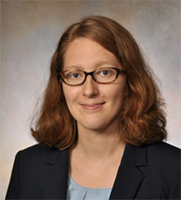 In recent years as the job market for tenure-track academic positions has tightened and the use of contingent faculty has exploded, increasing numbers of graduate degree seekers are intending to pursue careers off the tenure track and outside of the academy. While some areas of study present obvious career options, for scholars in the humanities, nonacademic career opportunities and the best preparation for them may not be obvious and religious studies faculty are exploring how graduate programs can — and should — prepare all alumni for diverse employment outcomes. This panel brings together faculty members from a variety of institutions to discuss some of the problems confronting their students and their programs as more people turn — by necessity and by choice — to diverse career paths.

This session will explore major issues in the evironmental humanities and sciences, ranging from Porphyry and asceticism to Coleridge and Emerson. Prof. Otten will present on Nature and Gender in medieval Christian Platonism.

This panel looks at an assemblage of topics and themes -- King's non-violence as as an expression of pragmatism, the relationship between pragmatism and metaphysics, and the influence of transcendentalism and personalism on King's thought and practice. The aim of this panel is to re-think King through the American pragmatist tradition and to reimagine pragmatism in light of ideas and practices that are not always at the center of the conversations about this philosophical legacy.