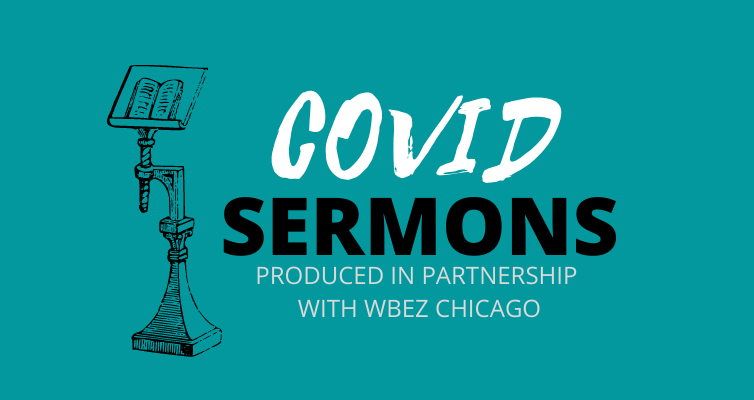 I am Rev. Ron Miyamura of the Midwest Buddhist Temple in the Old Town neighborhood on the near north side of Chicago.  Our Temple started in 1944 and was started as an ethnic Japanese Shin Buddhist Temple.  Through the years, we have grown to be open to all people in the Chicagoland area.

As we approach the second anniversary of the lockdown due to the Covid-19 Pandemic, I recall those days leading up to our decision to close the Temple building and to cease all activities.  I was following the events in the Pacific Northwest and our sister Temples in Seattle and Tacoma in Washington State and how they were being closed down.  As the Pandemic became apparent that it was spreading around the country, we decided to lockdown on March 12, 2020.

We had some feeble attempts to put our religious services online and started using Facebook Live.  Looking back, it was such a series of trials and mostly errors as we tried to move forward in an online environment.  Looking back, it was a long first year with little hope of knowing when the lockdown would end.  There was much fear and uncertainty about how the virus actually spread.

There was a learning curve on how to present the Temple and our Shin Buddhist Teachings in a virtual world.  I had to learn to speak to a camera, and not to an audience of people sitting in front of me.  I had to learn how to position a camera and how to change the lighting.  And I had to relearn how to use a microphone.  Of course, the missing element of people’s reactions to what I was saying.  Jokes and funny stories got no reactions from a camera and a microphone.

However, as we got about six months into the Pandemic, we settled into a pattern of keeping our posting short.  We have only an introduction, a short ritual of Sutra Chanting and a short Dharma Talk or commonly known as a sermon.  And we started to gain an audience and sometimes 300 or more people would see our posting on Facebook, and this is three or four times more than would attend any given Sunday Service.

I have to believe that we built an audience because our postings were bare bones and short, about 20 minutes.  In the internet age, keeping things simple, basic and short were the keys in maintaining an audience.

Now, as the Pandemic has dragged on, we have lost some of our internet audience, and I have to think this is just plain internet fatigue.  We have become Zoom zombies  and are experiencing general internet fatigue.

As we approach our second anniversary of this Pandemic, we have been very cautious and do not yet have in-person gatherings at the Temple.  But we are starting to explore how to safely open our doors and perhaps get back to a new normal of how to safely deal with the long term effects of COVID-19.