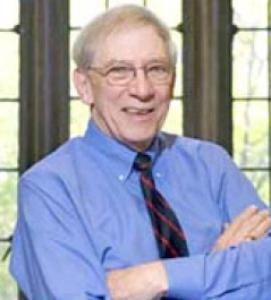 Franklin Gamwell studies ethical and political theory in relation to Christian theology and to the philosophy of religions. His work is centered particularly on twentieth-century thinkers. His books include The Divine Good: Modern Moral Theory and the Necessity of God; The Meaning of Religious Freedom: Modern Politics and the Democratic Resolution; Democracy on Purpose: Justice and the Reality of God; Politics as a Christian Vocation: Faith and Democracy Today, and Existence and the Good: Metaphysical Necessity in Morals and Politics. His numerous articles and essays have appeared in the Review of Metaphysics, the Journal of Religion, Process Studies, and Christian Century, among other places. He has also contributed chapters to a number of collections and anthologies, including Universalism vs. Relativism and Schleiermacher and Transcendental Philosophy.

His most recent work is Religion Among We the People: Conversations on Democracy and the Divine Good (2015).