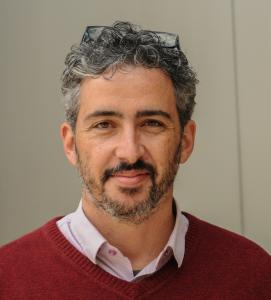 Rabbi Dr. David Barak-Gorodetsky is an historian and a scholar of Jewish thought. His research interests include pre-state and early-state Israeli history, Jewish-American history and religious thought, political theology, post-secularism and Israel and World Jewry relations.

His manuscript, Judah Magnes: The Prophetic Politics of a Religious Binationalist, published by the Jewish Publication Society and University of Nebraska (2021) is an intellectual biography of an American Reform Rabbi who promoted Binationalism in pre-state Israel/Palestine. In addition, he has published articles on Israeli political history, the acceptance of the Reform Movement in Israel, and Israel/Jewish Diaspora relations.

Prior to joining the Divinity School, Dr. Barak-Gorodetsky was a Postdoctoral fellow at the Ben-Gurion Research Institute, Ben-Gurion University of the Negev, taught Jewish-American history at the University of Haifa, and also served as a congregational Rabbi in Israel, in the Ramat Hanegev regional council.