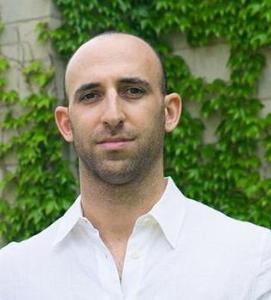 As a fellow I plan to finish the final chapters of my dissertation entitled Force and Stabilization: ‘Transsexuality’ in 20th Century Critical Thought. The dissertation looks at the role and representation of transsexuality and non-binary gender identity in 20th Century psychoanalysis, continental philosophy, and the philosophy of science. It shows how philosophers, analysts, and scientists of the late 20th century navigated emerging discourses concerning gender and sexual difference, arguing that transsexuality’s role as productive of contemporary concepts of sex and gender is at the core of modern thought.

The Martin Marty Center and Swift Hall offer a unique context in which to finish my project. I am grateful and excited to be in the company of scholars from many different fields and methodologies. Their input and critique will be of great service in developing and enriching the theological and religious implications of my project. I look forward to the opportunity to learn from my peers about their research, and I hope to gain insight into situating my work for scholars coming from various backgrounds and disciplines.